Card games are becoming very popular worldwide. The primary culprit for the increasing popularity of card games was the advent and spread of mobile gaming, which gave a solid nudge to the genre.

This made it possible for different types of card games, from poker to rummy, to be played instantly by nearly everyone interested in such games.

These games are still somewhat niche in western countries, but they’ve been experiencing exponential growth in popularity in Asian nations like Japan.

So, what are some of the factors fueling the global increase in the popularity of card games?

According to online gaming analysts, the arrival of online casinos triggered an evolution in the iGaming experience to include a variety of games, from visually attractive online slots to highly popular progressive jackpots.

These games are associated with millions worth of prize money. Despite this trend, card games had persisted, remaining as popular as they were when first played in poorly-lit salons several centuries ago.

Many people doubted that the card games would be an imperative cogwheel of casino games and online gambling today.

However, these games are defying some long odds and have remained as popular as before.

In fact, an increasing number of players are turning to video poker, baccarat, casino poker variations, and blackjack games.

Here are some of the reasons card games are still a beloved form of entertainment for many people.

Players can carry card games whenever they go. The portability of these games is unrivaled by games like Ludo, chess, and other board games.

The latter requires you to carry around dice, board, or other essential pieces, which is an inconvenience for most people.

Card games require you to tuck a deck of cards in your pocket, and you can have fun playing with your friends wherever and whenever you feel like it.

The portability of these games made it easier even for soldiers to enjoy their leisure time without having to carry around dice or boards.

Even today, it’s not uncommon to see people traveling on buses and trains and playing cards instead of other games.

Nearly all card games are very adaptable and seem to have gone through various changes from one generation to the next.

That means there are many variations with different rules for card games such as rummy across different regions.

Unlike many other games, you can quickly scale card games to match challenge levels so to include expert players and beginners alike.

This is one of the main reasons card games are very common across different age groups.

Unlike many board games, which often require complicated setups, card games don’t require much time to set up.

These games are versatile as players can shuffle them up and easily shift from a game of card war to rummy and vice-versa. 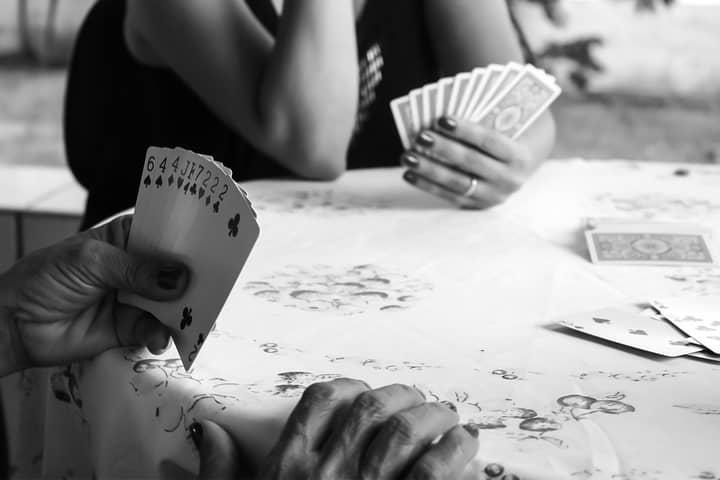 Additionally, you and your companions can play the game of cards for as long as you want without getting bored.

You can successfully vary the game to accommodate the interest of each player.

For instance, soldiers used to play these games for many hours during their free time. Keep in mind that the game of cards can sometimes be addictive.

Balance of skill and chance

One of the things that makes some games of cards more interesting is that they are not entirely chance-based like most dice games.

At the same time, they also don’t depend on your mental abilities too much like a chess game.

The reality is that card games usually maintain an outstanding balance between skill and chance, which is what makes them so appealing.

The impact of winning in card games

Though slots are satisfying, there is sufficient evidence to suggest that players derive even more profound pleasure from putting more effort into achieving favorable results.

Card games such as blackjack are likelier to offer much deeper and somewhat rewarding gameplay where the players’ personal ability to analyze a situation or read an opponent makes the difference.

Such games usually require the player to analyze every situation, which gives them a feeling of achievement.

Poker and other card games are often regarded as the source of validation and affirming one’s self-worth.

For example, hedge fund managers usually pride themselves on the fact that they can successfully play poker and read your mind.

How much of this is backed by scientific facts is somewhat questionable. However, facts suggested that people who are good at assessing risks are also good at poker games. 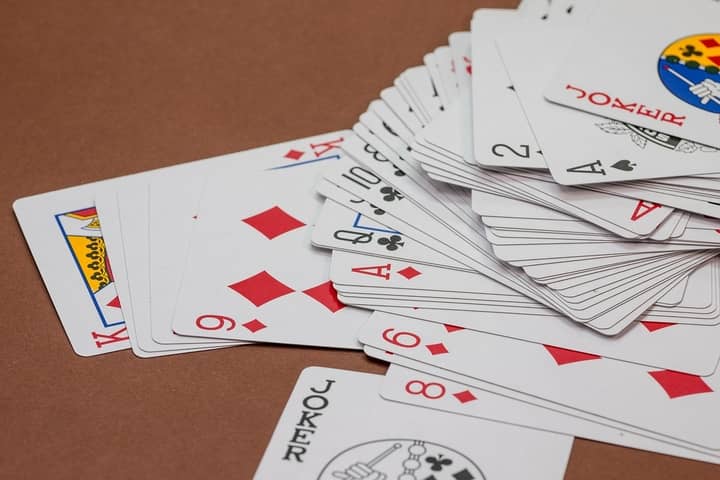 Similarly, such poker players perform better than expected in many analytical tasks, as they focus on understanding a given situation and its fundamentals.

You already know that everyone likes winning. Winning comes with the expected release of testosterone, which usually turns into dopamine.

This is a chemical that basically makes you happy. For this reason, most card game players enjoy more benefits in terms of their personal health, not just winning money.

Many people worldwide are fascinated with card games, and it appears these games are here to stay.

So, the next time you want to pass some time with your friends or relatives, get a deck of cards and give it a go.

One positive thing about card games is that you can learn how to play them easily. You can have a friend teach you how to play, or you can learn online, using guides such as this one explaining cribbage rules.

These days, you can also play and practice all these different games online, either against your friends or against strangers on the internet.

Either way, card games can be a lot of fun, and there are so many different ones that you’re bound to find some that tickle your fancy!