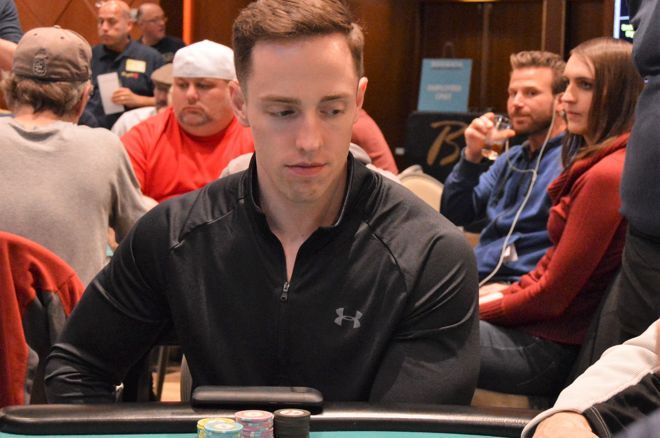 It’s been a stellar year for partypoker US players in New Jersey, and this past week they had a say in the action by choosing tournaments in the seven-event Player’s Choice Series. The series catered to 2,219 combined entrants and awarded $417,100 in prize money.

Among those to capture titles during the series were known players such as Jake “FerociousPanda” Toole, Alex “JinYang” Butcher, Stanton “Stonniepokers” Tentnowski, and Ryan “TheSims” Hohner (pictured).

On Sunday night, it took just eight hours to crown the champion of the $320 buy-in Main Event, a tournament that attracted 189 runners and offered up a $56,700 prize pool. When the dust settled, it was “youpayformypennys” who finished on top of a stacked final table, taking home $11,340.

It was well-known New Jersey-based pro and Borgata Poker Ambassador Michael “Gags30” Gagliano who started the final table of nine as the chip leader. However, it was runner-up “Chalmisi6” who would see the first big boost to their stacks, as he knocked off Yong “IReadYrSoul” Kwon in ninth place.

“RiverMan” would bow out in eighth place before “Chalmisi6” was able to secure another bounty. This time, it was “A.Jackson1767” who would hit the rail when he ran square into the pocket rockets of “Chalmisi6.”

“upayformypennys” would finally get in on the action when he knocked out Michael “IIIIIIIIIIIII” Haberman in sixth place.

Five handed play would last for over half an hour before Eric “alwaysliquid” Vanauken bowed out in fifth place. Gagliano would continue his hot streak, sending Ryan “Whosyourdoddy” Dodd out next in fourth.

However, Gagliano’s lead was short-lived, as he would send double-ups to both opponents before bowing out in third place.

This led to a short heads-up battle that was mostly dominated by “youpayformypennys.” Eventually, “Chalmisi6” was down to just a few big blinds and would ultimately bust out not long after..

Anybody within the state of New Jersey may get in on the action across any of the three platforms of partypoker US, Borgata Poker and BetMGM Poker.

The WPT Online Poker Open Main Event will be held Dec. 27-29 on partypoker US Network for players in New Jersey.

The ambitious $1 million guarantee signifies how serious the WPT and partypoker are about making this a premier poker tournament worthy of the WPT name.

“The WPT Online Poker Open brings the most prestigious prize in poker to New Jersey and the partypoker US Network,” said WPT CEO Adam Pliska in a presser. “WPT’s continued pivot toward online will continue with another landmark for regulated online poker in the United States.”

Indeed, the WPT has pivoted into a strong series of online offerings, however, all were offered to the dot-com partypoker player pool, a much larger bunch of customers than the prospective New Jersey pool. Drawing the necessary entries to meet the guarantee will require some effort, and the WPT already announced satellites will be available for as little as $5.

PokerNews will offer live updates from the bolded tournaments below.