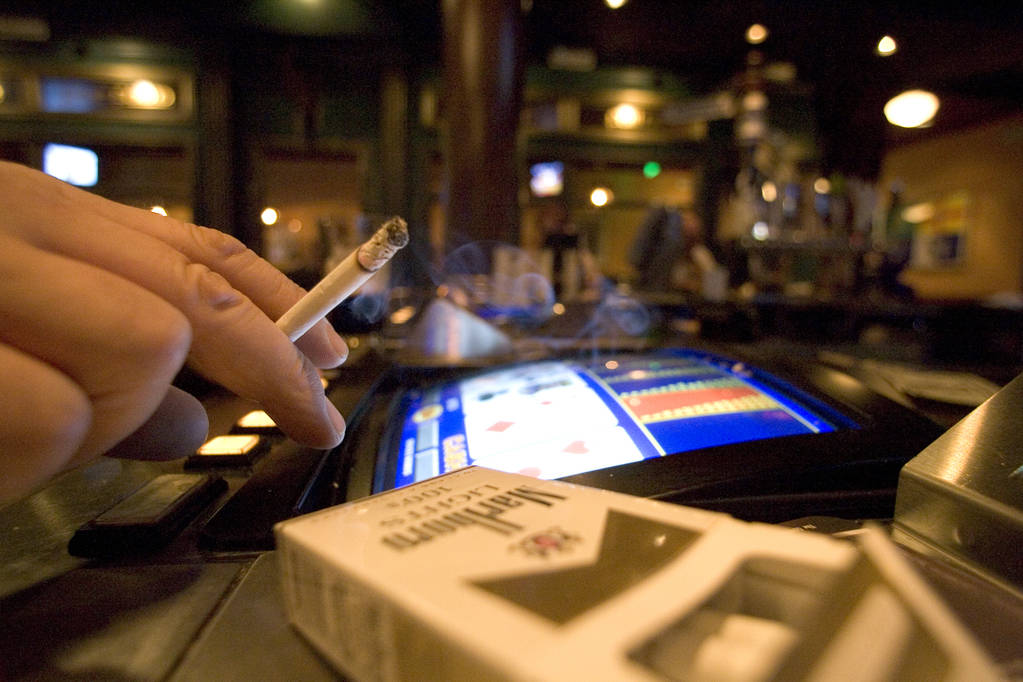 Is it time for Nevada casinos to ban smoking?

An organization based in Reno thinks so and is appealing to Nevada’s gaming industry to follow the lead of Las Vegas’ Park MGM and go smoke-free on casino floors in response to the COVID pandemic.

MGM Resorts International surprised many in the casino industry Sept. 14 when it announced that Park MGM and NoMad, its hotel-within-a-hotel, would be smoke-free when the doors open Wednesday.

Even before MGM’s announcement, other casino properties had taken steps toward clearing the air in their buildings, but none have gone completely smoke-free.

On June 18, Las Vegas Sands Corp. employees began asking table game players and spectators to refrain from smoking or vaping at The Venetian and Palazzo.

A spokesman for Wynn said there are no plans to update current policies.

Earlier this week, The Cosmopolitan of Las Vegas confirmed that it had prohibited smoking in all public walkways and resort corridors on Sept. 11. Guests who want to smoke inside The Cosmopolitan can do so in designated areas: on the casino floor while seated at a table game with plexiglass dividers or at a slot machine; seated inside the property’s William Hill sportsbook; or seated inside a lounge. Masks are mandatory, but guests can briefly remove their mask while actively smoking.

In May, several public health organizations appealed to the casino industry to ban smoking as a means to stop the spread of the coronavirus.

When the Legislature met in special session during the summer to address the economic fallout associated with the pandemic, the smoking issue wasn’t raised.

Over the past two decades, Nevada has seen a consistent reduction in the number of adults who identify as current smokers, with rates declining from 30.3 percent in 1998 to 15.7 percent in 2018, according to the Tobacco Prevention Coalition.

Often near the bottom in national health rankings, Nevada is 23rd in the nation for adult smoking rates (50th is worst). Although Nevada smoking rates have declined significantly, the coalition believes the state still fails to protect employees and guests from secondhand smoke exposure, particularly in workplaces like casinos and bars, because the Nevada Clean Indoor Air Act exempts these locations.

The coalition says evidence suggests that those who smoke are at an increased risk of having complications from the COVID-19 virus and those exposed to secondhand smoke may face similar risks.

A casinos began to reopen, many of them opted to make the pandemic the turning point to establish their properties as nonsmoking. In July, a survey of commercial and tribal casino properties determined that 125 properties nationwide — about 14 percent of the total — reopened smoke-free. Properties in Illinois, Ohio, New York, Massachusetts, and Maryland — including Encore Boston Harbor, MGM’s National Harbor and Caesars Entertainment’s Harrah’s Metropolis and Harrah’s Joliet — have always been smoke-free.

It may be time for Nevada to revisit the issue.