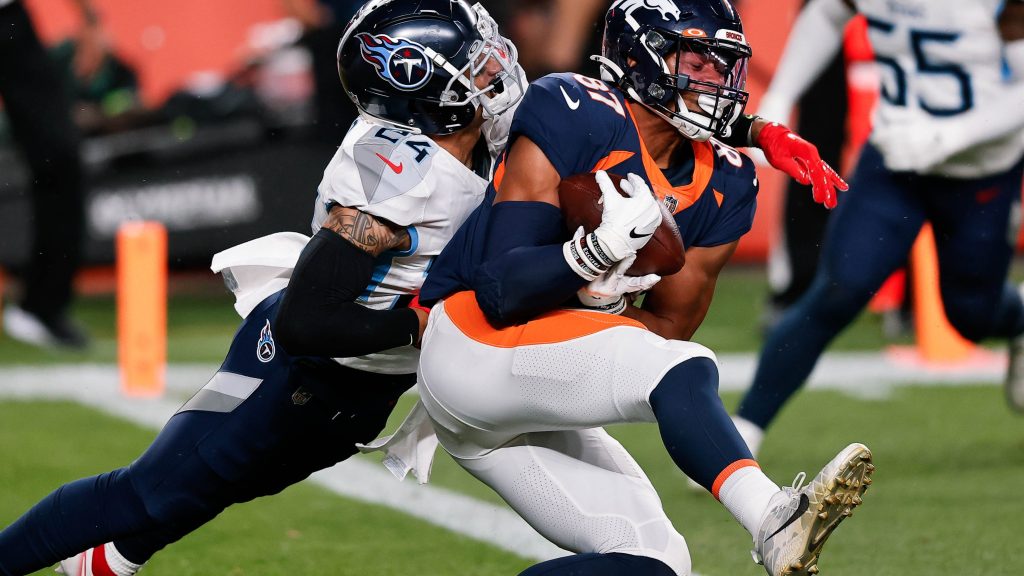 The Denver Broncos (0-2) are back home Sunday to host the Tampa Bay Buccaneers (1-1) in a Week 3 interconference contest. Kickoff is set for 4:25 p.m. EDT at Empower Field at Mile High. Below, we give you five player/team prop bets to consider from the BetMGM game menu.

The second-year tight end leads the team in receptions (nine) and receiving yards (138) and has hauled in a scoring pass in each of the first two games.

THAT production has come in the equivalent of only one full contest as Fant didn’t catch a pass in the second half of the season opener and the opening half of last week’s game at the Pittsburgh Steelers.

In a need-to-win situation Sunday, look for the Broncos to make it a point to involve Fant, their top play-making pass-catcher, for a full game. They really have little option with rookies serving as Denver’s top two wide receivers after No. 1 wideout Courtland Sutton was lost for the season with an ACL tear in Week 2.

Place a $1 bet — any bet — on the Denver Broncos in Week 3, receive $100 (in free bets) in your account right away. Terms and conditions apply. Place your legal, online sports bets in Colorado at BetMGM, The King of Sportsbooks. Bet now!

Correlated with the above, Fant has finished with at least 56 receiving yards in six of his last 10 games – including 81- and 57-yard outings this year – dating back to last season and has averaged 51.5 yards per contest over that span.

Gordon (one rushing, one receiving) and Fant have accounted for all four of the Broncos’ TDs this season, scoring two apiece.

With running back “co-starter” Phillip Lindsay expected to miss another game with a foot injury, Gordon has dominated the backfield touches so far (39 of 53) and has 30 more than any other player on the team.

Gordon, however, was bypassed on four combined third- and fourth-down plays on the goal line in Week 1, and with two yards to gain in the red zone in Week 2. Look for new offensive coordinator Pat Shurmur to have learned a lesson, making Gordon an attractive option here at +290.

Fourth quarter to be highest-scoring quarter (+180)

This prop has cashed in both of the Broncos’ games so far, and there’s solid logic behind it in the Denver thin air as defenses tend to be even more gassed than usual late.

Throw in the fact that players are still rounding into game shape with the lack of a full training camp/preseason, and there’s even more reason to like this prop Sunday.

Between the Broncos’ revolving QB carousel (NFL-most nine starters since 2016), continued offensive struggles and HC Vic Fangio’s stingy defense, there have been an average of 3.4 TDs and 35.9 points scored in the nine Denver home games since Fangio took the reins last season.

Only two of those nine games featured more than four TDs. Play the percentages and go with the UNDER here.

Want action on any of these props? Sign up and bet at BetMGM. If you’re looking for more sports betting picks and tips, visit SportsbookWire.com. Please gamble responsibly.

Gannett may earn revenue from audience referrals to betting services. Newsrooms are independent of this relationship and there is no influence on news coverage.