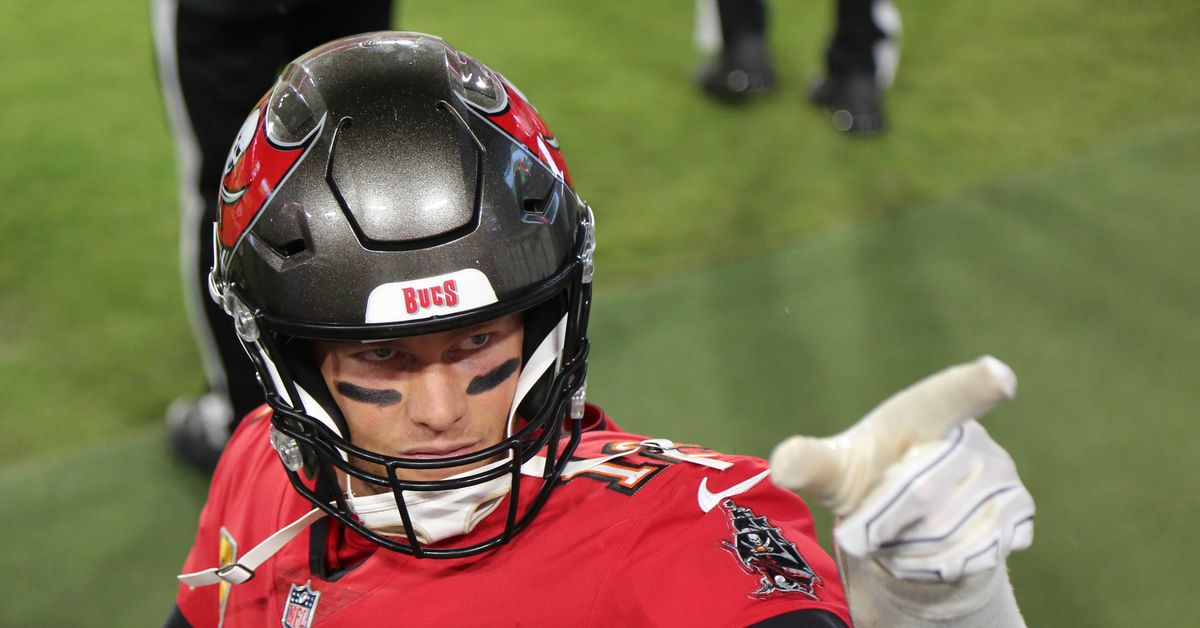 Things couldn’t have gone much worse for the Bucs last week. They were absolutely demolished by the Saints, losing by a final score of 38-3. That loss dropped them out of first place in the NFC South and it also gave the Saints the head-to-head tiebreaker advantage over the Bucs. That could be very important in a competitive division.

That said, this is still one of the best teams in football. The Bucs rank second in the league in Football Outsiders’ DVOA, thanks in part to a dominant defense.

This looks like an excellent opportunity to buy low on Tampa Bay. Teams with a winning percentage above .500 have historically posted a record of 27-13-1 against the spread following a loss of at least 28 points.

Tom Brady has also historically — since 2004 — dominated following a loss. He’s posted a record of 38-14 against the spread, which is good for a cover rate of approximately 73%. That includes a perfect 2-0 mark with the Bucs this season.

The headline in this matchup is a showdown between Justin Herbert and Tua Tagovailoa. Both players were drafted in the top seven last year and both players have gotten off to solid starts this season.

Herbert took over at QB for the Chargers in Week 2 and has been absolutely phenomenal. He’s averaged 306.6 yards per game and he’s also tossed 17 touchdowns compared to just five interceptions. He’s posted an adjusted yards per attempt of 8.41, which ranks eighth among qualified quarterbacks. To put that in perspective, Peyton Manning posted an AYA of just 5.2 as a rookie. I’m not saying Herbert is going to be as good as Manning, but what he’s done to start his career is pretty unprecedented.

Tagovailoa hasn’t been as impressive from a statistical standpoint, but he has led the Dolphins to two wins in two starts. He played much better in his last outing, which is not all that surprising considering that he missed nearly 12 full months after injuring his hip in college.

That battle will definitely be fun to watch, but the real story here is the Dolphins’ defense. They have evolved into one of the best defensive teams in football, particularly against the pass. They should be able to limit Herbert in this contest, so Tagovailoa won’t have to do as much as he did last week vs. the Cardinals. I’m going to continue to buy the Dolphins until the DraftKings Sportsbook starts showing them some respect.

The big question heading into this contest is which version of Josh Allen will show up? He was fantastic last week, passing for 415 yards and three touchdowns, but he has been a Jekyll and Hyde QB to start the year. He posted an adjusted yards per attempt of 10.28 through his first four contests, but that mark plummeted to 5.78 over his next four. He bounced back in a big way last week, but it’s tough to take any performance vs. the Seahawks seriously at this point. Their defense has been that bad to start the year and they’re currently on pace to allow approximately 1,000 more passing yards than any other team in NFL history.

Allen should face a much stiffer test this week from the Cardinals. Arizona currently ranks 10th in defensive DVOA, including 11th against the pass in particular.

If Allen doesn’t perform to the same level, I don’t think they’ll be able to keep up with the Cardinals. They have been better than the Bills this season in terms of offensive DVOA and the Bills’ defense has been significantly weaker. This spread suggests that these two teams are basically even on a neutral field, but I think the Cardinals are the superior squad.

This is an interesting matchup this week purely from an injury perspective. Both teams are dealing with a few key injuries that could play a major factor in this game.

The Broncos have been hit hard by injuries all season and they lost TE Albert Okwuegbunam to a torn ACL last week. He’ll join Courtland Sutton on the sidelines, which leaves Drew Lock without two talented pass catchers.

That said, it does appear that the Broncos are getting healthier on defense. A.J. Bouye and Bryce Callahan were both able to get in full practices on Friday, which bodes well for their chances of returning to the lineup this week.

That could lead to some success vs. the Raiders. Las Vegas is likely going to be without starting LT Kolton Miller – he’s currently listed as doubtful – while Gabe Jackson is questionable with an illness. Trent Brown is also still out after suffering complications due to COVID-19, which means the Raiders could be without three starting offensive linemen.

The Broncos don’t do a lot well, but the one thing that they are good at is rushing the passer. Denver ranks sixth in adjusted sack rate, so they should be able to put a ton of pressure on Derek Carr in this matchup.

Most people will likely gravitate toward the Seahawks in this spot and I don’t really blame them. Russell Wilson is an incredible player and he’s been good enough to lead Seattle to the best record in the NFC West this season. The Seahawks are also coming off a loss, and Wilson has historically been one of the best quarterbacks in football in that situation.

However, offense is only half the battle and the Seahawks’ defense has been nothing short of a dumpster fire.

Believe it or not, the Rams are actually the superior team this season in terms of Pythagorean win expectation (5.1 wins vs. 4.6) and the Rams currently rank in the top 10 in both offensive and defensive DVOA. They are simply a much more balanced football team.

They are also coming off a bye last week, which is a situation where excellent head coaches tend to have an advantage. Sean McVay qualifies as an excellent coach in my book and he’s unsurprisingly gone 2-1 against the spread following a bye in his short career.

I think the Rams deserve to be slightly bigger favorites in this matchup, so I’ll happily fade the public and take them at essentially a pick ‘em spread.

Here are the teams I’m targeting for the rest of the Sunday games. Remember, we’re looking to beat the competition and climb up the leaderboard, so I’ll be looking to gain leverage on the field and fade the public in situations where I don’t see a huge edge on the spread.

Put your knowledge to the test. Sign up for DraftKings and experience the game inside the game.

I am a promoter at DraftKings and am also an avid fan and user (my username is mlamarca) and may sometimes play on my personal account in the games that I offer advice on. Although I have expressed my personal view on the games and strategies above, they do not necessarily reflect the view(s) of DraftKings and I may also deploy different players and strategies than what I recommend above.