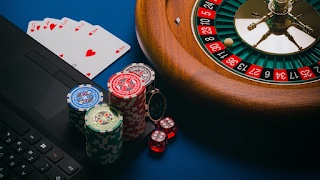 Poker has been captured on film numerous times, and with good reason: more than a slot machine or some other form of gambling, it’s fun to watch and embodies the risky, winner takes all mindset quite well. The best of these movies keep audiences at the edge of their seats, letting them know just exactly what’s at stake for their characters. Gambling is already full of drama, with people feeling desperate and irrationally praying for hope. Sure, we can watch people be careful and tip toe slowly around danger, but where’s the fun in that? Poker as a game embodies all that’s intoxicating about gambling, as well as its sophistication. The following are some of our most favorite poker movies of all time.

One of Robert Altman’s most underrated gems, this film from 1974 featuring the one and only Elliot Gould – fondly known these days as Monica’s dad on Friends – as Charlie, who has a pretty bad addiction. The movie is mostly a lot of guys hanging out, playing poker at length, and Altman allows us to take a time to get to know these weird characters and the dangerous wackos that populate this strange underworld. A wonderful comedy drama that ends on a particularly bittersweet note, Charlie’s character is one for the ages, and with which any lover of poker will identify with – even if they don’t share his addiction. The poker scenes are really great in this film, and the audience is right there with the characters when they win big, go on a bacchanalian binge, and then prepare themselves for some serious setbacks.

A delightful film from 1965, it was a bit ignored upon release but has since cultivated a devoted cult following. As opposed to The Hustler, another iconic film from that era that focuses on pool, this one zones in on poker. Steve McQueen stars as the smooth “the Kid,” a player who seems to have everyone eating out of the palm of his hand, until he learns a pretty tough lesson. The experts at Beasts of Poker are huge fans, and will tell you that the poker scenes are bonafide works of art in this film. The Cincinnati Kid has never lost its relevance, and remains a marvel. Besides, it features McQueen at his absolute pinnacle, and sets the stage for the remainder of his equally iconic roles in the 1970s.

It feels as though this is one Matt Damon vehicle that got lost in the shuffle in the aftermath of Good Will Hunting – Rounders premiered in 1998 – it still has a sizable cult following, especially amongst poker aficionados. A law student, Damon, is caught in a high stakes world of poker, and finds that be bit off far more than he could chew when he crosses paths with a gangster. This film is renowned for its depiction of gambling addiction, and the taught writing behind the indelible poker scenes. Also, there are tons of cameos from some of your favorite actors, including John Malkovich, Edward Norton, and John Turtorro gleefully chewing the scenery. 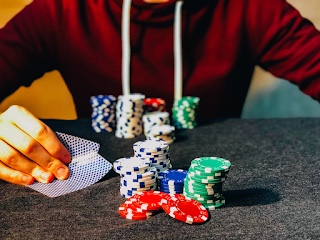 Based on the memoir of former poker champion Molly Bloom, this is one of the best films on the game to ever be produced, released in 2017. The film chart’s Molly’s journey, who decides to switch careers in the aftermath of an accident, becoming seduced by the world of underground poker. It’s one of the few films ever made to feature a female protagonist making her way through the poker world, and it’s also one of the more accomplished films. The audience is drawn into Molly’s orbit as she becomes more and more embedded in the risky – and lucrative – underground ecosystem of high stakes games. Even those who resent Aaron Sorking being, well Aaron Sorking, find a great deal to enjoy in this expertly crafted movie.

Eric Bana plays a poker player who seeks to balance his love affair with a complicated relationship with his dad, also a famed poker player, played by Robert Duvall. This light film from 2007 is a lot of fun, and the fairly simple story takes on a complicated dimension under some careful direction.

Every poker lover knows all the books and diligently follows the made for TV specials and airings of the World Series devoted to the game. If you want to be a real aficionado, then you should definitely give these films a watch, and relish the creative ways in which they capture this most fascinating of gambling games.