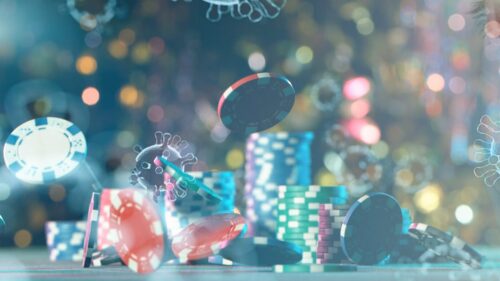 Top prize this week is a bumper $628,892 – enough to draw plenty of players on Day 1 and due to the $3 million prizepool this week. Chip leader after the first day was Canada’s Kyle Menard, who will go into the final table with 5.9 million chips. His nearest challenger is another Canadian, ‘iStayOn5’, who has 4.2 million, and the country is represented heavily, with five of the highest seven players hailing from Canada.

With the Brazilian player ‘fab5’ coming in with 3.5 million chips, Timothy Adams is next on the list, with 3.4 million and a wise head on his shoulders, currently sitting as he does top of the 2020 live tournament money list by a very long distance.

With players such as Finland’s Eelis Pärssinen (3 million) also progressing to the final, it’s going to be fiercely competitive when play recommences on the live-delay streamed GGPoker Twitch channel.

Bringing up the rear, Stephen Chidwick will need to make a move early in order to avoid being blinded out, but as we’ve seen so many times before not just in no-limit hold’em in general but in the Super MILLION$ events specifically, one double-up can change everything. With 9th place worth just $63,552, just a touch over 10% of the winner’s prize, variance is sure to play a big part in proceedings.

Between them, the nine players who have made the final table have plenty of Super MILLION$ experience. Adams has been present in 19 of the weekly $10,300-entry tournament, while Chidwick has regularly made the last knockings of the event in recent weeks.

Adams is known for his bold moves at the felt, such as this elaborate bluff:

By contrast, current chip leader Kyle Menard is playing his first-ever Super MILLION$, although it is unlikely that this story is pure rags to riches, with the skilful Menard having already cashed for over $137,000 in WSOP Online events this year. Anything at or above 6th place will guarantee him more winnings tonight than in all four of those World Series cashes and he has the stack to go much further.

Canadian player Philippe D’Auteuil finished 5th in the Super MILLION$ event that took place on October 18th and just three weeks later is looking to go four places better, having sold 50% of his action to fellow player Ami Barer, who will be hoping for a six-figure payday for sitting at home watching the Twitch stream. Quite the virtual rail expected in North America today, then.