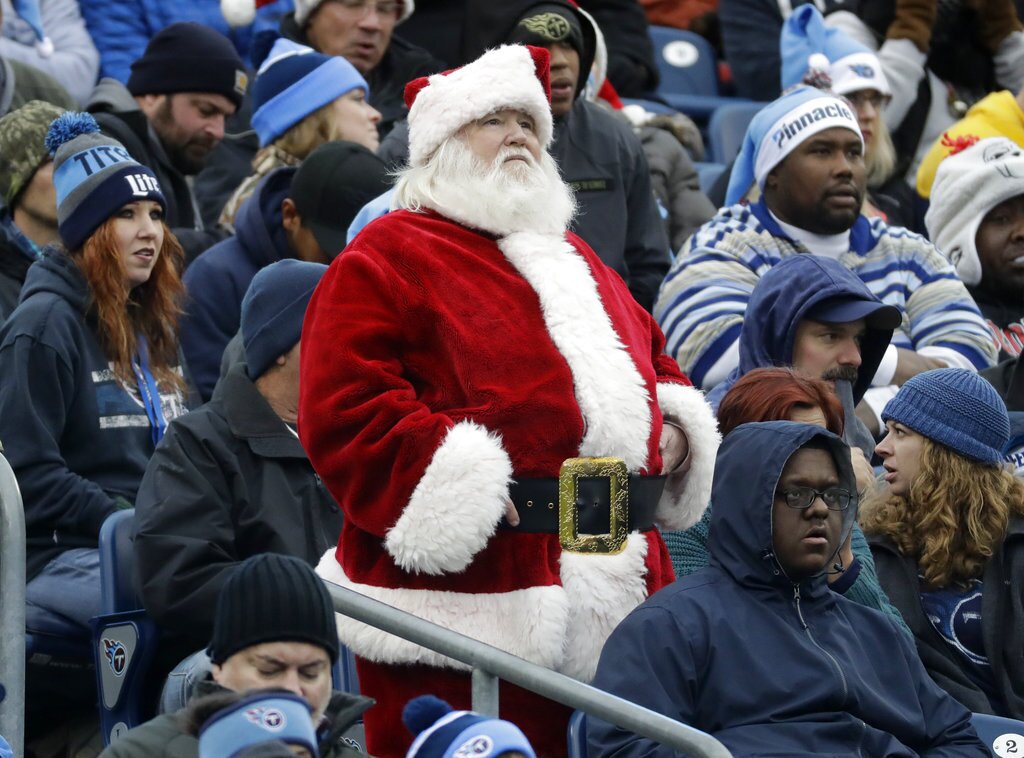 Featured in this article:

For the NFL to reach Week 16 without a pandemic-related league shutdown is truly a Christmas miracle. Granted, there have been calls for clearer protocols and a more balanced approach to shifting play dates. After all, it was just a month ago when the Steelers-Ravens AFC North clash was batted around the late-November calendar like a beach ball to – if we’re being honest – appease Baltimore and provide the franchise with the best shot at taking the the field rather than forfeiting due to a nasty COVID-19 outbreak among the team and staff.

With only two weeks remaining in the 2020 regular season, several Week 16 holiday weekend matchups possess playoff implications beginning with a Christmas Day special between the Vikings and Saints. After losing to Kansas City last Sunday, the Saints have yet to clinch the NFC South as Tampa Bay won’t go away. While the Dolphins can’t catch the Bills to win the AFC East, Miami does cling to the last wild card slot and owns a tie-breaker over the Ravens. Miami needs to beat a reeling Raiders squad to keep pace in the AFC playoff race. Finally, on Sunday night, the Titans head to Lambeau Field for a crucial matchup with the Packers where one slip up could cost Tennessee its footing atop the AFC South.

The Saints opened 6.5-point home favorites over Minnesota, but most online sportsbook we track pushed the line to New Orleans -7. The Vikings moneyline opened at +245. The point total opened at 53. The total has gone OVER in 8 of Minnesota’s last 12 games.

The Raiders initially opened as 1.5-point home favorites over the Dolphins, but has since flipped to Miami -2.5 at most books. Las Vegas’ moneyline ranging between +120 and +130. The point total opened at 46.5 before a significant move to 48 at the majority of sports betting outlets we follow. The OVER has hit in 4 of the Raiders last five games, while the UNDER has hit in 4 of the Dolphins last five games.

The Packers opened as 4.5-point home dogs, but the line has since dipped to Green Bay -3.5. The Titans’ moneyline opened at +181, but dipped down to +155 to +160 range. The point total for Sunday night’s primetime event is 57 before books updated it with a 55.5-to-56 TOTAL range. The UNDER has hit in seven consecutive Packers games played in December.

Here are five things to know heading into Vikings-Saints:

Here are five things to know heading into Miami-Las Vegas:

Here are five things to know heading into Tennessee-Green Bay:

Minnesota might not be a playoff team in 2020, but they can still act as a thorn in the side of many playoff caliber teams. Kirk Cousins has built a nice rapport with rookie Justin Jefferson and Dalvin Cook’s Pro Bowl season is being wasted on a .500 ball club. Still, I like them to cover against an overrated Saints squad missing their top offensive weapon.

Las Vegas is trending in the wrong direction late in the season … again. Despite the homefield advantage, the Raiders offense will find it a challenge to score against this Dolphins defense. I wouldn’t touch the spread if it moved to Miami -3-or-higher, but I like their chances in this spot with the playoffs on the line.

The Packers beat up really bad teams, but have struggled with playoff contenders. This is a late-season slip-up where Ryan Tannehill and Derrick Henry do some damage against the Packers’ defense in a high-scoring shootout.

Check out our expert NFL betting guide if you want to learn more about How to Bet on Week 16 of the NFL or head right to our favorite online sportsbook review page and find the right site for you!