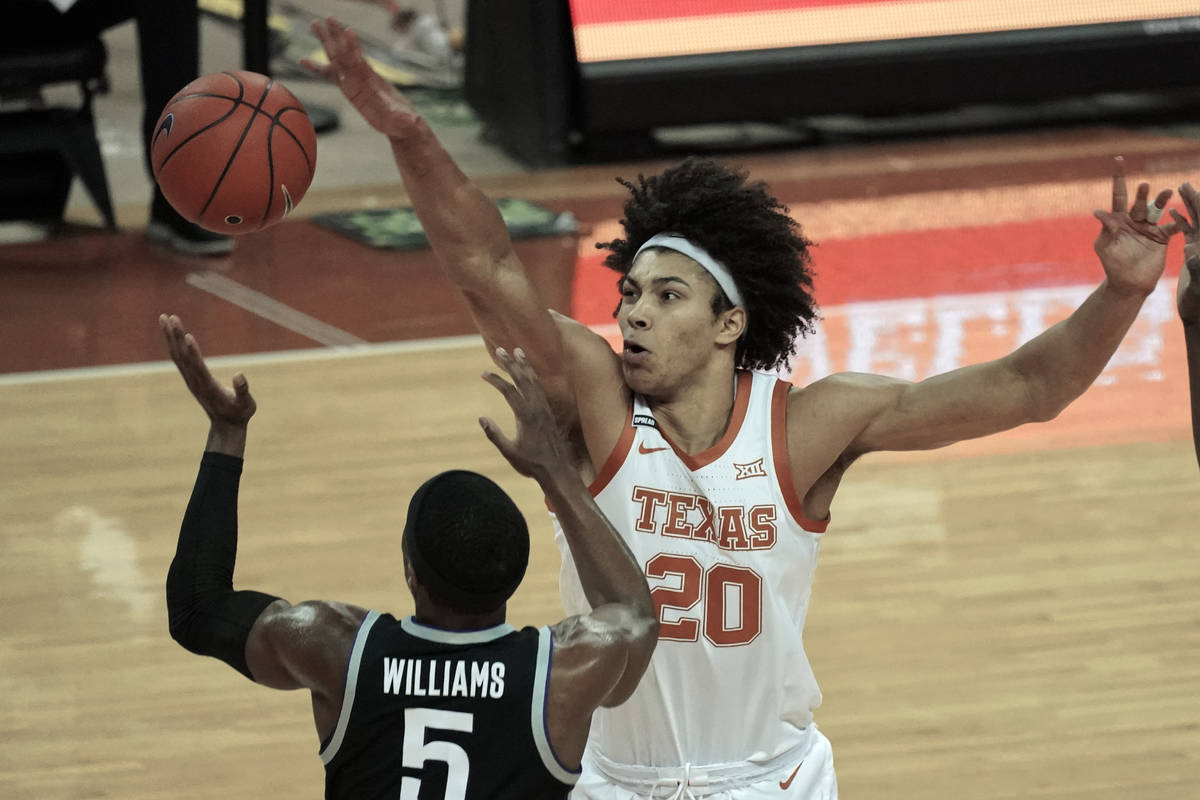 Gonzaga and Baylor have been the top two teams in college basketball all season, but neither has won a national championship.

Perhaps March Madness will turn into a coronation for one of those programs, but it might offer an opportunity for a longer shot to pull off an upset and break through.

The best price on Gonzaga at Las Vegas sportsbooks is +355 at Circa Sports. Baylor is 6-1 at BetMGM, Boyd Gaming and the Wynn.

The Longhorns (11-2) were as high as 80-1 before the season. They beat Indiana and North Carolina in the season-opening Maui Invitational and blew out Kansas 84-59 on the road.

Texas’ only losses were by four points to Villanova and by two to Texas Tech.

Circa sportsbook director Matt Metcalf said the book has taken a lot of money lately on Texas, but he remains skeptical of the Longhorns’ chances.

“I like Texas well enough, but they’re still 6-8 points worse than the top teams in my numbers,” he said via text message.

Texas is as low as 10-1 at some sportsbooks but was still 20-1 at the Westgate on Thursday.

Handicapper Brian Edwards (@vegasbedwards, MajorWager.com) said he has been a believer in second-year coach Nate Oats, who was previously at Buffalo.

“When Alabama hired Nate Oats, I had a buddy of mine that’s a ’Bama alum text me, ‘Who the hell is Nate Oats?’” Edwards said in an email. “I replied, ‘A great hire, that’s who.’”

Edwards also noted that Alabama has a chance to get better later in the season when forward Jordan Bruner is expected to return from a knee injury.

For a deep long shot, Edwards is targeting the Broncos, who have won 13 straight after a season-opening loss to Houston, which is now ranked No. 8 in The Associated Press poll.

“There’s zero shame in that,” he said.

Edwards said Boise State has been overlooked because it hasn’t faced the better Mountain West teams, but 11 of its wins have been by 11 points or more.

He’s buying at 300-1 (available at the South Point and the Westgate).

“If the Broncos make the Sweet 16, there will be hedge opportunities to ensure a really nice profit,” he said.