Betting stores in parts of England, including London, have been forced to close again just days before Christmas. 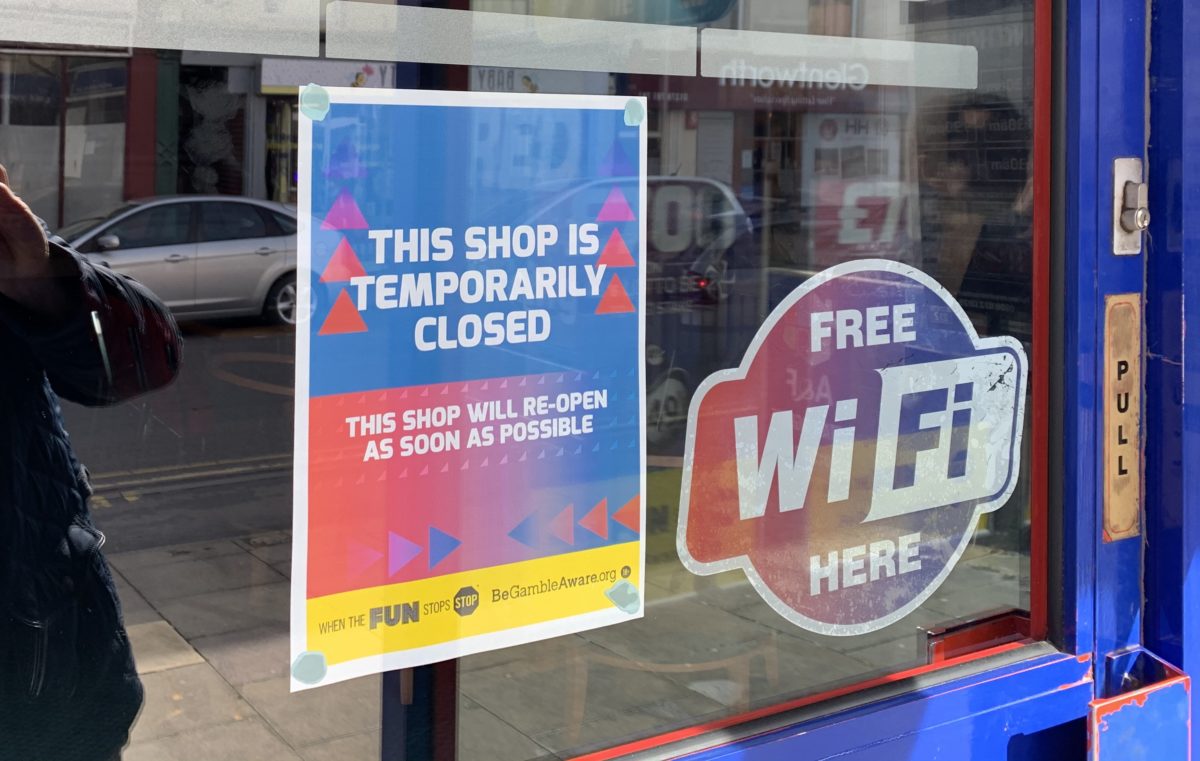 Betting shops in London and its surrounding areas have been forced to close due to another COVID-19 lockdown order. (Image: Burnham-on-Sea.com)

The mandate means all non-essential businesses in London its surrounding areas closed on Sunday. Residents have also been told that they’ll no longer be able to spend Christmas with anyone from outside their home.

Johnson created a new tier — Tier 4 — to facilitate his lockdown order. Until Dec. 19, England had a three-tiered system, where Tier 3 was the highest.

Although disjointed, operators had come to accept the three-tiered system. Being allowed to run their businesses in certain parts of the country and not others meant Grosvenor and others could keep some money coming in.

The unexpected decision to introduce a fourth tier has moved the goalposts once again. Per the government’s rules, casinos and betting stores in Tier-4 regions have to close. Therefore, with little more than 24 hours’ notice, betting shops in London and parts of the South East of England had to shut.

Betting stores in Wales have also been told to close by the local government. As of Boxing Day, betting shops in Scotland and Northern Ireland will follow suit.

Michael Dugher, CEO of the Betting and Gaming Council called the news “disappointing.”

Johnson said his decision was guided by the “facts,” but made with a “heavy heart.” His reason for telling almost 18 million people that they won’t be able to spend Christmas with loved ones is a new strain of COVID-19.

Scientific advisors to the government believe a mutation means the virus could be spreading faster in parts of England. They have also said the variant of COVID-19 isn’t any more deadly.

Political Editor of LBC just said that @BorisJohnson knew he would have to cancel #Christmas but waited until Parliament broke up so that he wouldn’t face any questioning or vote on the lockdown !
(This means that he DELIBERATELY misled The House)[email protected]_Starmer @EdwardJDavey pic.twitter.com/dgr09Ptw7x

The issue that’s sparked backlash from some is Johnson’s timing. He said in a media conference on Dec. 16 that it would be “inhuman” to cancel Christmas.

Once Parliament was closed for the festive period and any chance to vote on the latest lockdown was gone, he made a U-turn.

Johnson and his team have also known about the mutation for four months. Scientists identified the variant in September but, despite being highly contagious, it hasn’t found its way out of London.

The announcement led to scenes of chaos at London’s train stations as residents left the capital to avoid the stay-at-home order (see video above). With people unable to celebrate Christmas as expected, betting shops and casinos in Tier-4 regions will start 2021 on a somber note.