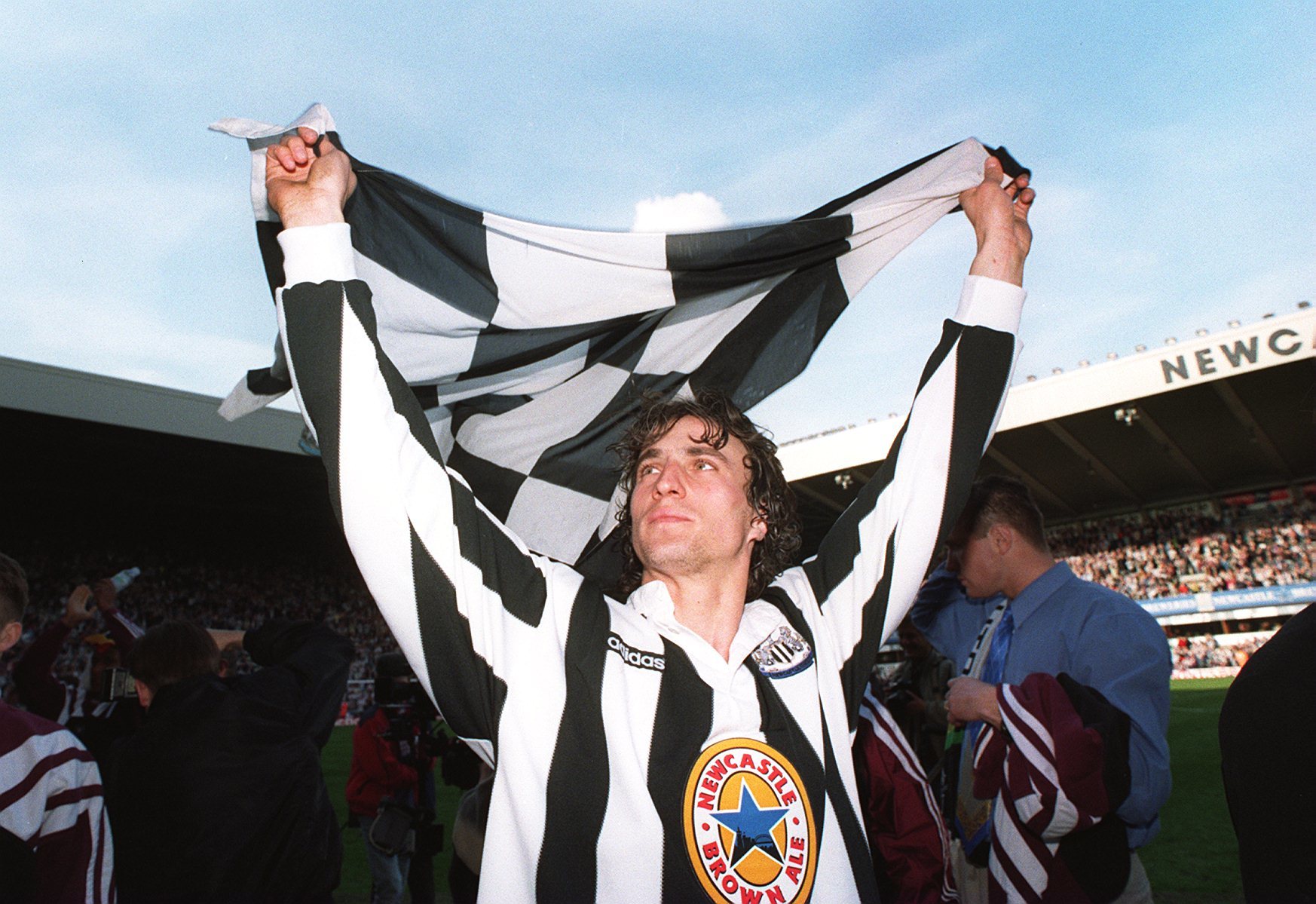 Ginola has been the face of many high-profile brands throughout his career. From Renault to L’Oréal, he’s combined his prowess on the pitch with a dose of French charm to become a mainstream celebrity.

Transitioning from Sport to Sports Betting

The obvious starting point for anyone transitioning from sport to sports betting is what the parallels between the two are.

CardsChat: Do you think there any crossovers between sports and sports betting in terms of mindset and psychology?

David Ginola: “Stats are important in both. When it comes to soccer, there is a certain gut feeling you get when it comes to winning and losing. Some games are much easier to predict than others. Before you play, it’s a matter of feeling and intuition. In my opinion, the mental aspect of the game is important.”

“As for sports betting, I wouldn’t say I have premonitions. It’s more like intuition. When people ask what my predictions are for a match, I give them my hunch. I don’t know if this intuition comes from my experience in sport and knowledge of it, or something else. It just feels like intuition (like when I was playing soccer), which is fun,” Ginola continued.

The links between sport and betting will become more obvious to Ginola as his relationship with PokerStars develops. However, we wanted to know if he’d always been a fan of betting.

It turns out that, Ginola isn’t completely new to betting. Like most professional sportsmen, Ginola’s competitive nature has caused him to put his money where his mouth is on numerous occasions.

Indeed, long before he started betting on other people, he was backing himself.

CC: Were you a fan of betting before you partnered with PokerStars Sports?

DG: “Yes. I like betting when I play tennis and golf. When I’ve got some skin in the game, it’s fun. A bet adds some spice to the match. I try to be measured in my approach though. I don’t bet against someone if I don’t think I can win. If I’m not betting on myself, I occasionally bet on soccer. Maybe PokerStars can create an account for me. It would be cool to use ‘La Grosse Cote’.”

What about poker? We know that professional athletes enjoy a game of cards when they’re on the road. Ginola was no exception. During his time in the English Premier League, Ginola and his teammates got caught up in the poker boom.

“The Texas Hold‘em wave caught us,” Ginola said. “We started playing with friends, sometimes with small pots and sometimes we ended up with big pots.”

With players like Ginola earning more than $25,000-a-week in the early noughties, games were often deep stacked.

He didn’t say how much the average pot used to be, though he said “high stakes” games would happen on a weekly basis.

Ginola is Ready to Ante Up with PokerStars

In fact, Ginola was such a poker fan at the time that he experimented with some traditional and non-traditional variants of the game.

DG: “After Texas Hold’em, we started playing Dealer’s Choice. We would play Omaha, Stud, Mexican, Countdown. We played a lot of variants. It was different every time, and that allowed us to do some cool things at the table.”

Does this mean we’ll see Ginola playing tournaments for PokerStars?

Although his main role is to promote La Grosse Cote, the Frenchman is more than happy to take on some ad hoc work.

CC: Other than promoting PokerStars Sports in France, is there anything else you’re looking forward to with this partnership?

DG: “To sit at a poker table and play tournaments. I really enjoy the competitive aspect of poker. The psychological battle. And, of course, it’s fun. I’ve always played with friends, so I’m really looking forward to participating in PokerStars events.”

Ginola told us that he’s ready to “immerse” himself in poker and betting. That means we’ll see him at live events when COVID-19 restrictions allow.

In addition to indulging his passions, Ginola says he wants to promote gambling in a responsible way.

“This is a fun role, but I feel a responsibility to promote responsible betting,” Ginola said. “PokerStars’ TV ads focus on tools such as the Set Your Limits and Timeout. I’m happy to represent a company that takes its responsibility to customers seriously.”

Look out for Ginola at a poker tournament near you in the coming months. Failing that, check him out in PokerStars’ La Grosse Cote campaign.