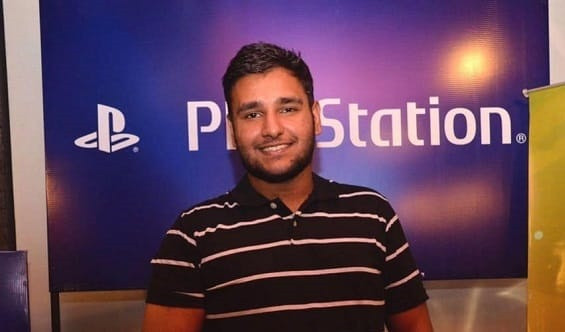 When you think of traditional poker hotbeds, India will not be the first country that comes to mind. However, in years to come, that may well change.

For many years, India hasn’t really had anyone to lead the way and show other players what they are capable of, but that may change in the coming years. Gautam Rohilla is a 23 year old, still young and improving at poker, but he is determined to make it to the top, and he has a fan base from elsewhere that are going to watch him every step of the way.

It is possible to play poker at Indian online casino sites and if Rohilla goes on to have success, these sites are going to be flooded with new players who are all trying to follow in his footsteps.

One of the reasons why Rohilla could turn out to be hugely influential in the Indian poker market is because he brings an army of fans with him. He has found fame as an eSports Fifa player, working his way up the ranks in online and offline tournaments against some of the best players in the world.

People enjoy watching him play, and they have followed his actions through social media. Now they are seeing him turn to poker and work his way up the rankings there, hopefully encouraging others to give it a try and turn the Indian market into a thriving one.

He’s represented the Indian national team on Fifa, which put him in the spotlight and he could well represent the entire country again in the future, this time he will be listed in the latest poker news.

India has been desperate for someone to come along and try to raise the profile of poker in the country. The game is different to many others which are popular in the country, it is certainly more difficult to follow and play as a beginner, which doesn’t help.

Moving Up the Poker Ladder

The task ahead for Gautam Rohilla is simple, to gradually move up the poker ladder and find himself in bigger and better competitions, playing for more money and putting his name on the world map.

Although this is certainly not easy, in terms of planning a path and working his way up, this is something that can be aided by his time playing Fifa, where he did exactly the same.

Rohilla started by playing in the low buy-in tournaments, which is how pretty much every poker player begins their rise. Those plus one-off cash games are how he made his money, they have enabled him to continue moving up the ladder.

The next steps are going to be even harder, because this is where the competition really hots up and things become very difficult. However, don’t put it past Rohilla to succeed and make a name for himself on the world stage with his poker play.

He will certainly have a lot of fans cheering him on if he does.