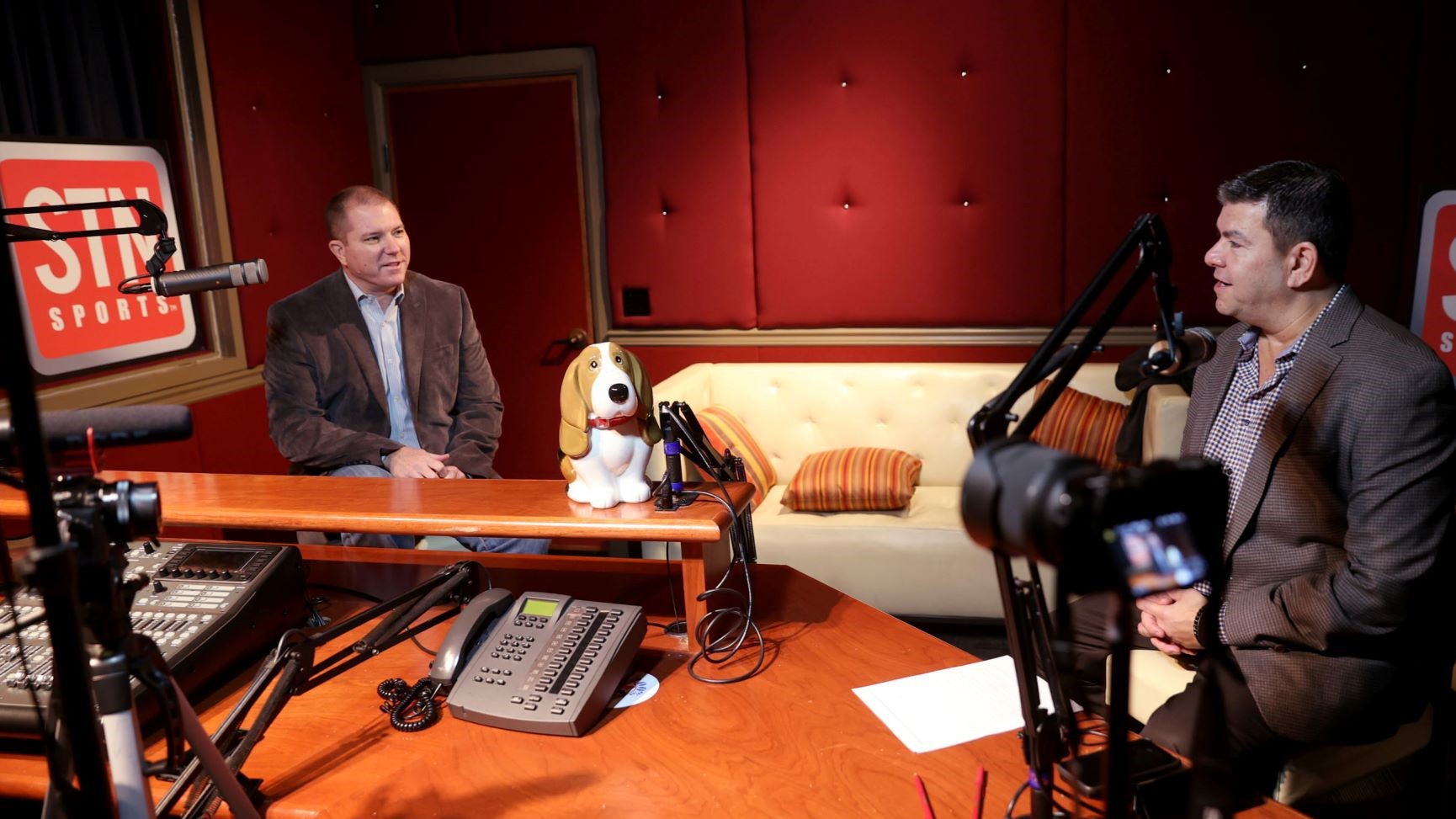 Bookmakers don’t just sit in backrooms monitoring bets and moving lines. Increasingly, they’re among the faces of their casinos.

As interest in sports betting increases as it expands across the country, bookmakers are doing more interviews and even dipping their toes into podcasts and web videos.

“I’m happy to talk about our industry,” he said. “The growth and success that it’s had and the upward arrow that’s pointing right now industrywide and throughout the country, and have always felt that it’s important to get the word out there … about our industry.”

Esposito frequently talks to local and national media outlets, and he has started a podcast called “Book Ends” for Station Casinos with Red Rock Resort sportsbook director Jason McCormick. The weekly show touches on the games of the previous week and looks forward to the upcoming matchups.

McCormick said the goal is to educate bettors on their options.

“We want to make people feel comfortable making bets,” he said. “We want them to know about parlays, teasers, round robins and make it less intimidating. … How to use the betting numbers. How to recognize look-ahead games, weather games.”

Esposito and McCormick said the educational aspect has become even more important during the coronavirus pandemic, letting bettors know about things such as the status of futures bets and rules changes such as seven-inning doubleheaders in baseball.

They said that has become especially important during the pandemic, when bettors might be trying to avoid the physical sportsbooks because of the virus and are betting mostly on the mobile app.

Sportsbook director Nick Bogdanovich is the face of William Hill in the U.S. He said he fields 10 or more interview requests a week, a number that has grown as William Hill expands into other states such as Michigan and West Virginia.

Bogdanovich said it’s easier to do the interviews himself than try to farm them out to someone else.

Westgate sportsbook director John Murray gives frequent interviews to media outlets. He also co-hosts the “Kelly and Murray” podcast with sports bettor Kelly Stewart and is a frequent guest on the ESPN podcast “Behind the Bets with Doug Kezirian.”

“I think it’s part of the job in a lot of ways,” he said. “It’s free marketing for your operation. There’s so much demand for the content these days. It definitely comes with the territory.”

The territory can be fun as well. Esposito and McCormick have an easy banter from years of working alongside each other for nearly a decade at Station.

“I’m that same kid that started over 30 years ago and is excited when the football season kicks off or the March Madness tournament rolls around,” Esposito said. “And I’m always happy to talk about it.”

McCormick said: “The two of us could probably talk 24 hours a day seven days a week. … We both have a great face for radio. We’re having a lot of fun with it.”

And even if media responsibilities pile up in a given week, it’s not exactly working in a coal mine.

“It’s just talking about sports,” Bogdanovich said. “How bad could it be?”