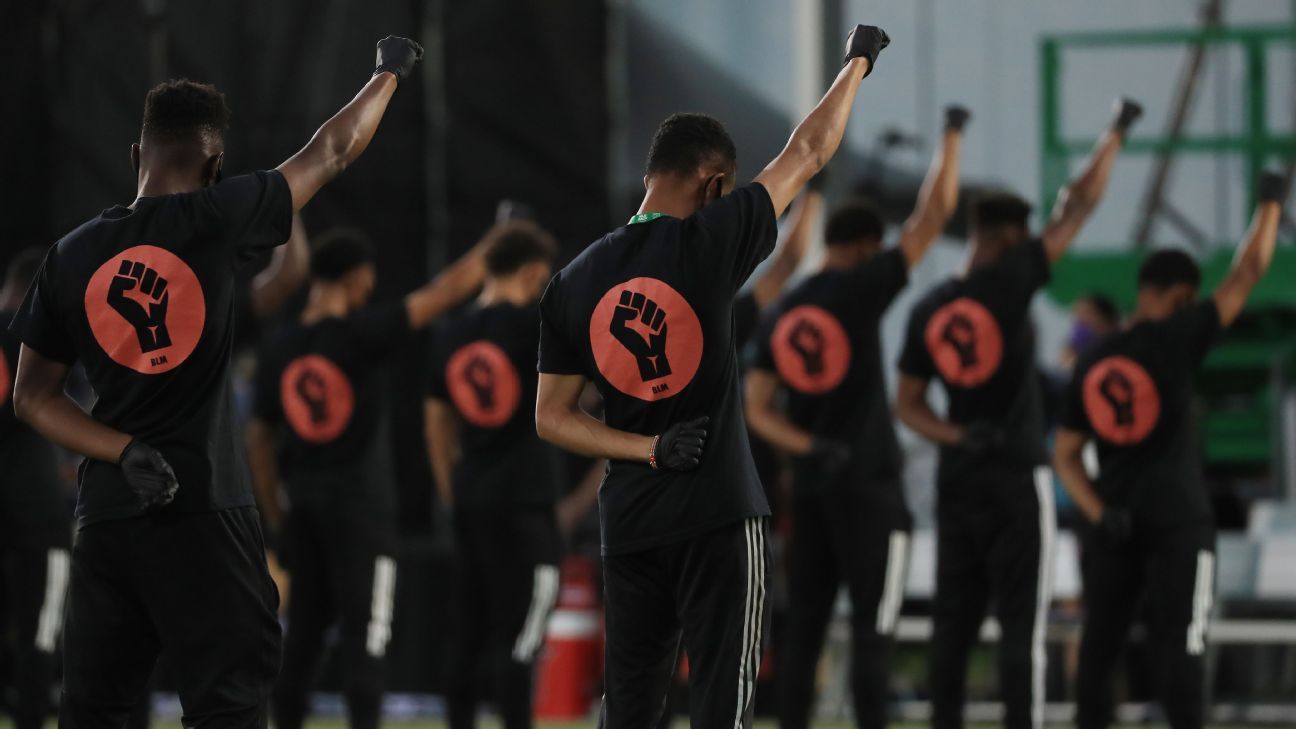 MLS has named Black Players for Change (BPC) as the 2020 MLS WORKS Humanitarian of the Year.

The BPC was formed on Juneteenth 2020 (June 19) and said its mission was to “address the racial inequalities in our league, stand with all those fighting racism in the world of soccer, and positively impact Black communities across the United States and Canada.”

It marks the first time an organization has been given the title, with individuals previously being named in the role since its inception in 2000.

It is made up of more than 170 players, coaches and staff in MLS, and is described by the league as having made “a significant impact in the soccer community and beyond.”

Consisting of more than 170 players, coaches and staff, @BPCMLS is working to bridge the racial equality gap. pic.twitter.com/F7Grc4nR1K

Ahead of kickoff on the opening game of the MLS is Back tournament, the BPC led a peaceful demonstration for racial equality and human rights in which Black players wore T-shirts displaying phrases such as “Silence is Violence,” “Black and Proud” and “Black All The Time.”

The #MLSisBlack Solidarity top was made in collaboration between the BPC, MLS and Adidas and sold online with proceeds going to the legal defense and education fund of the National Association for the Advancement of Colored People (NAACP), 100 Black Men of America and Player’s Coalition in partnership with BPC.

The group also partnered with the league and MLS’ player’s union to launch a league-wide initiative to drive voter registration among players, club and league personnel, and fans.

Ebobisse said in June said the hope is that the organization will foster change now and in the future.

“One of the central focuses is elevating our voices as a player pool and creating a sustainable path, sustainable organization that can create change and that’s going to outlive all of our careers and be passed down to the next generation so that they can continue these efforts,” he said.

In recognition of the humanitarian efforts of Black Players for Change, MLS WORKS will donate $5,000 to the organization.